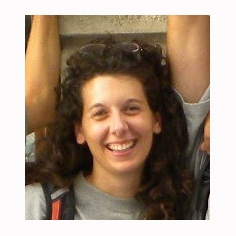 To understand the contents of Islam is important to know briefly what was Saudi Arabia, peninsula situated in the south west-Asia, before the advent of Muhammed. Before the 622 d.C., date that correspond to the escape of Muhammed and his followers from Mecca to Medina, there wasn’t a Nation but a tribal system. Saudi Arabia is a land large as one third of Europe, is sparsely populated and deserted because of the scarcity of rain.

Arabs learned to dig wells, but when the water flowed from the source gave birth to beautiful green oases. Environmental conditions imposed a way of life based on pastoral nomadism. Relations between the semi-nomadic populations were peaceful and economic: in this way born cities in the desert dominated by markets and fairs supported by clan: restricted groups pf people whose number was determined according to the needs. There were no written laws, but everyone knew their faith in murder case: “an eye for an eye, a tooth for a tooth”. Revenge was allow and each group chose it’s leader based on his moral qualities.

Religion wasn’t really important for “beduins” that have to fight every day to survive. They believed in invisible spirits that they can show their presence in the form of tree, animals and stones. Some of these deities had astral character like as Venus and the god of the sun, and others abstract concepts such as the god of love and the god of the death.

The triumph of Islam in the sixth century after Christ, the wars that followed against the Byzantine Empire and Sassonid had a big impact in the world of the nomads. Cities began prosper and the tribal society began to dissolve. Economic transformation caused an intellectual and moral change: the qualities of the man of the desert were not socially recognized anymore, but the ability to do business. In this period the great monotheistic religions (Judaism and Christianity) exercised their appeal and spread like wildfire.

Was in this land that Muhammed made his appearance.

Muhammed was born in 570 in the city of Mecca, at that time Christianity was not yet fully established in Europe. During his youth Muhammed was noted for his generosity, sincerity and his love for the truth. Historician describe him as a calm man, deeply religious, reluctant for the moral decline. He usually retired to meditate in the cave of Hira, near the summit of Jabal Al-Nur, the mountain of the light, near Mecca. At the age of 40 years old, Muhammed during his retreat received his first revelation from God through the archangel Gabriel. This revelation continued for 23 years, and it is known as the Kuran.

Because of the violent persecution, Mohammed was forced to go away from Mecca with his followers to the city of Medina (this migration is called Hijra). When, several years later (622 – 632) he was able to return, the Prophet forgave his enemies and laid the foundation of Islam.

Islam ( in Arabic إسلام‎ ) means “submission” to God (Allah) and derives from a word that means peace.

Islam is base in five pillars, which are the basis of muslim life: faith, prayer, alms obligatory, fasting during the holy month of Ramadan and pilgrimage to Mecca.

All the faithful people pronounce a declaration of faith called Shahada: There is no God but Allah and Muhammed is his prophet.

The prayer (salāt) is the direct link between the believer and God, and it is recited five times a day.

In Islam there is no hierarchical authority, then the guide to prayer is given to a selected person who knows the Kuran. The prayers, which contain verses from the Kuran are recitated in Arabic at dawn, midday, mid- afternoon, sunset and when night falls.

Although it is preferable to pray in a Mosque, Muslims are free to pray anywhere.

The zakat (purification, growth) is an obligatory alms devolved to people in need.

Islam says that all things belong to Allah and that the wealth is only given in trust to human race. This implies that every Muslim must give annually to charity 2,5 % of their capital.

Every year during the month of Ramadan, all Muslims fast from dawn to sunset, they refrain from food, drink and sexual relation. Fasting is a method of self purification and spiritual growth.

The annual pilgrimage to Mecca is an obligation only for those who are able to fulfil it physically and economically. Pilgrims wear simple clothes which strip away class and culture distinctions, so in this way all are equal in front of Allah. The rite involves seven circle around the Ka’ba and travel for seven times the way between the hills of Safa and Marwa. The end of pilgrimage is marked by a festival, Eid al-Adha  (Ramazan Bayramı).

The main meeting place for daily prayer is the Mosque (Masgid): the arabic root of this term is Sa-gia-da and it’s meaning is “prostrate”, so the etymological sense of the mosque is “the place of prostration” The mosque consists of two main architectural elements: the mirhab and the minaret. The mirhab is inserted in the wall and it is orientated to Mecca, is small and it is surmounted by a dome. The imam leads from here the congregational prayer. The minaret is a tower from which the muezzin calls five times a day the devoted people to pray. The purpose of the minaret is to get as far as possible the signal that marks the liturgical day.

What about Islam in Turkey?

For the whole twentieth century Turkey has been and still characterized by the conflict between Islam and Kemalism. Kemalism is an ideology born after the reforms carried out by the first president of the Turkish Republic Mustafa Kemal Atatürk.  Atatürk, father of the turks, expelled Islam from public life to protect the secular nature of the state by the aid of the army (1923). Contextualizing the issue: if Christianity values aren’t a threat to democracy in the Western countries, why Islam can be a problem? The orientalist expert Robert Spender  thinks that is wrong to believe that Islam and Christianity are in the same position. If Jesus preached to focus on personal salvation without taking political positions, the prophet Muhammed was a spiritual and political leader. So the Kuran is not only a spiritual book like the Gospel, but it contains instructions of social life and legal relations. Islam means “submission” and the required precepts of Sharia are placed above any human law. If  is possible to separate Christanity from politics, this is not possible for Islam because doing this would betray one of the basic principle of Islamic law. At the moment is not easy to predict if will be possible to preserve secularism in Turkey because last elections were won by the moderate islamist party AKP, which leader is Recep Tayyip Erdoğan, that came to power at 2002. This man has changed the economic and foreign policies of his country with undisputed success: economic growth touches the 9% per year and unemployment is falling.

Ankara government, characterized by a pro-America foreign policy, wants to confirm it’s self as a middle- eastern power while it is forming relations also with other Islamic states. The islamization of Turkey began to grow again since the 70’s  by the radical Islamic movement Muslim Brothers and culminated in 2002 with the rise of AKP government. So the modern and secular face of kemalist Turkey is not true anymore nowadays. The Head of State and Government, Abdullah Gül and Erdogan are disciples also of Necmettin Erbakan, the creator of a movement of re-islamization and prime minister of Turkey in 1995. Erbakan called the Jews “Zionists”, “organizer of World war”, “false martyrs with just one objective: Blackmail the international community to give life to State of Israel” and at least that “ the policy is a social application of Sharia”.

In Turkey there are 90.000 Imam salaried from the State, and 85.000 mosques, one for 350 citizens (the highest number of mosques per person in the world). In streets and public places has come back the scarf and the call of the muezzin is in Arabic: in the past all these was banned by Atatürk. The only brake to islamization is the military nomenclature, the guardian of Kemalism, and Europe fears that Erdoğan wants to use the EU to dismantle the military nomenclature.

There is another burning question that does not allow Europe to open negotiations for the admission of Ankara: Turkey has never applied the conditions imposed by the European Parliament in 1987:

1)      remove its troops from Cyprus;
2)      recognition of the Armenian genocide;
3)      respect for human rights;
4)   stop the persecution against religious minorities.

The estimates show that in 2015 Turkey will reach 90 million of people: in case of EU accession, according to the Constitutional Treaty that establish to European states a political weight proportional to the population, it would be by right for an Islamic country to lead the European parliament and the Commission. From this position Turkey would have a way to impose its political vision in Europe, that risks to lose it’s Christian roots. This is the political position of many European countries. If the forecasts for the future of Turkey should not be not taken as truth, it’s not clear the issue about the marriage between politics and Islam, and what kind of changes this interaction may lead in the future.